4th of July LightWave at the Sun & Sail Club 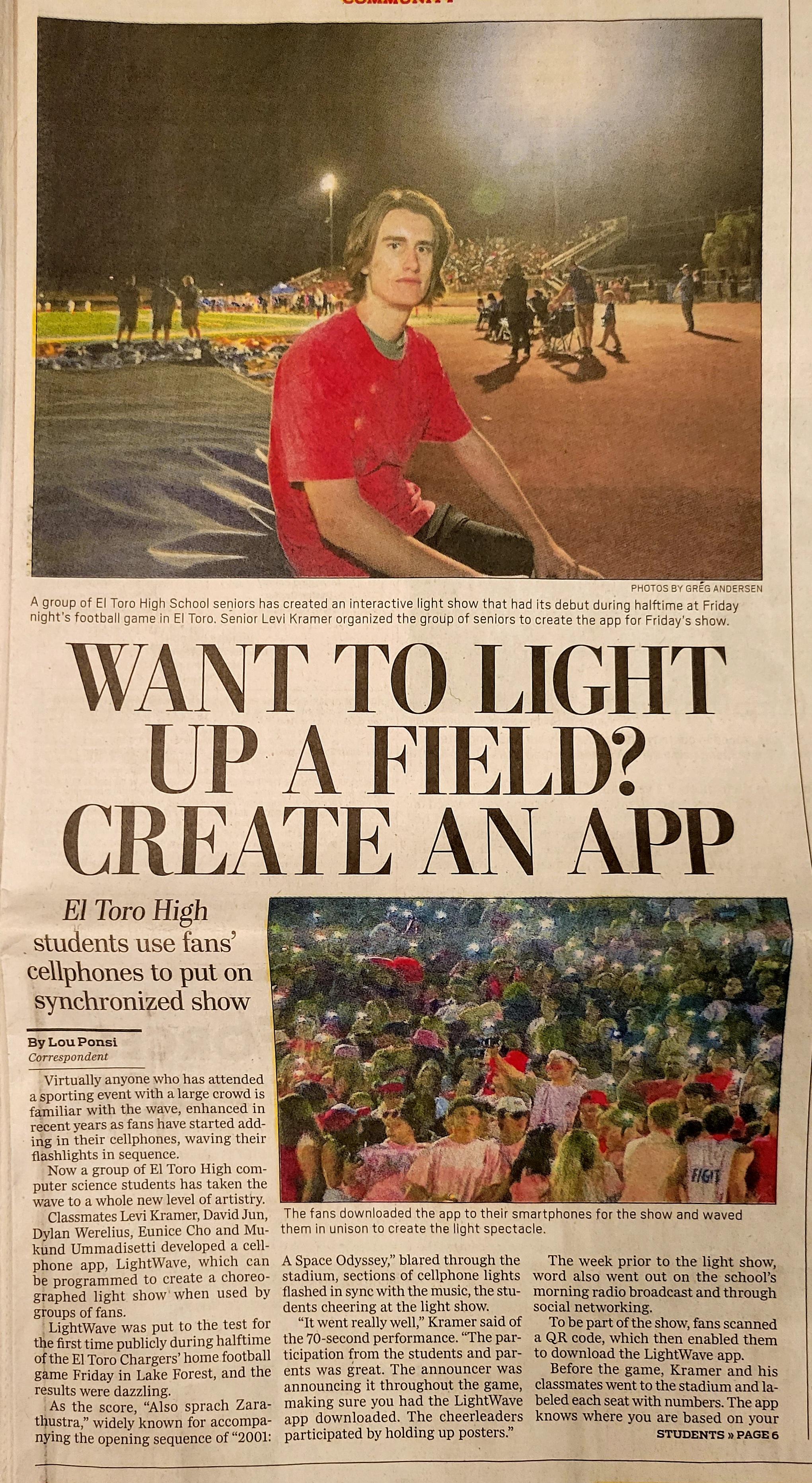 Have you ever seen fans trying to create a “wave” with their mobile phone flashlights during sporting events and concerts? High School senior, Levi Kramer, organized a group of his fellow El Toro computer science students to build an app that could get all those flashlights working together to create a light show in the crowd.

Levi, David Jun, Dylan Werelius, Eunice Cho, and Mukund Ummadisetti worked as interns for six weeks over Zoom this summer to complete the LightWave prototype. Of course, after finishing it, they got excited by the possibility of seeing the fruit of their labor on display at a public event.

There are lots of moving parts to make something like that happen, but luckily El Toro's supportive administrative staff and football booster president got behind the idea to launch the world's first LightWave during their home game against Trabuco Hills on October 29th.

When asked how he and his team feel about their app's upcoming world debut, Levi joked, "If this thing doesn't work, we're toast!" He then thoughtfully added, "But after last year’s isolation, I think a LightWave during the Trabuco game is a great way to pull the community back together, reclaim our spirit, and celebrate our return to school." Levi plans to market LightWave to other stadium events beginning this spring, and continue as he heads off to study entrepreneurship at college in the Fall.

To have a LightWave at your event, contact Levi Kramer at
lightwave@levikramer.com